Our favourite aspect: CCB’s inclusion of Kassel’s urban space. Plenty of exhibition sites are to be discovered besides the notorious venues of Fridericianum and Documenta Halle. The most acknowledged of those „off-site“ spaces is the derelict Huguenot House built in1826 that was handed over to Chicago based artist Theaster Gates. He is concerned with communal space and the cultural upvalue of poor neighbourhoods; in 2009 he turned an abandoned property in Chicago into the communal cultural initiative Dorchester Project. For his dOCUMENTA (13) project he brought building materials from abandoned buildings in Chicago to Huguenot House in Kassel‘s Friedrichstrasse and hired workforce-development teams to revive the historic building. The joint effort resulted in the giant installation 12 Ballads for the Huguenot House: Three floors are open for discovery and filled with self-made furniture from broken-down material, numerous sound and video pieces about musicians on all floors and countless little DIY details. Everything oozes an aesthetic of Berlin’s adventurous, improvised 1990’s art spaces. But the furniture is actually being used: The house serves as living space for Gates and his entourage for the duration of dOCUMENTA (13), where they are constantly hosting talks, concerts and performances. In exchange, parts of the Huguenot House will later be transferred to a construction site in Chicago. 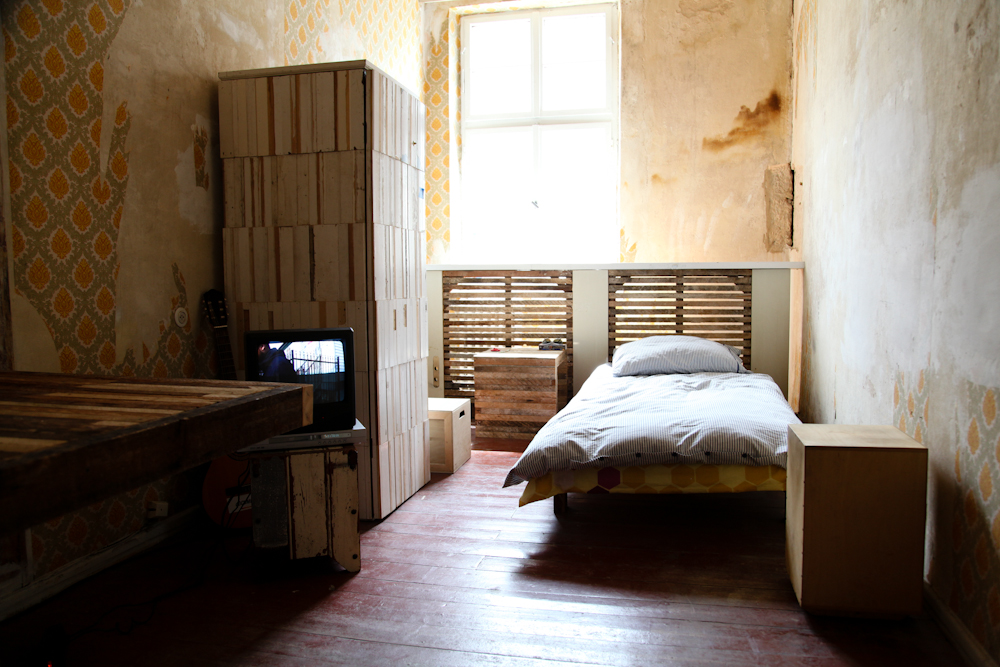 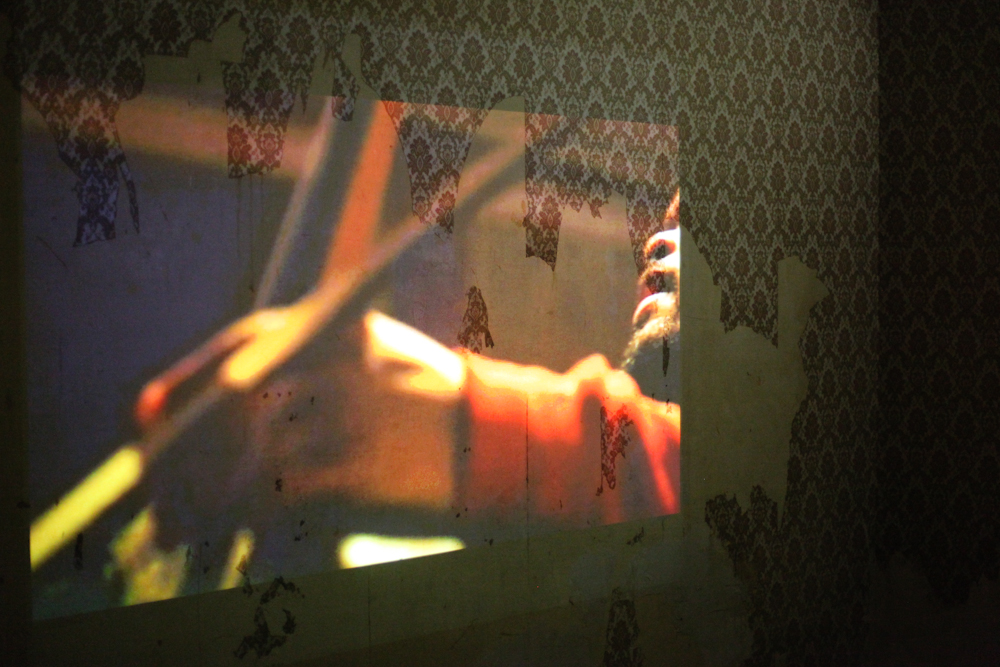 Gates’ poetic intervention at Huguenot House, combining an optimist and improvised aesthetic and the nostalgia of the ruinous, is not only a clever comment on the situation of marginally employed and marginalised artists, but also on Kassel’s rather sad urban development, which CCB has managed to revive at least in parts by choosing clever spots for artworks all over town.

Even more interested we are in this question: which was your favourite off-site venue?

P.S. Not so complex, but nonetheless enjoyable is Tino Sehgals performance in the backyard.

This is the third part of Niche Berlin’s thoughts on dOCUMENTA (13), read part one twoand four.