Every week we hear news about the situation of refugees in Berlin. Here’s a summary of what’s been happening in the last days and how you can help. This is the English version of an article in cooperation with Mit Vergnügen, hier kannst du ihn auf Deutsch lesen.

Number of the week

21.206 | That’s how much money was collected in Blogfabrik’s “Help Don’t Hate” campaign. The money will go to different projects supporting refugees.

How’s the situation at the registration office, LaGeSo?

Since last week’s shocking news of a Syrian refugee dying as a result of the conditions at LaGeSo turned out to be a hoax, aid organization Moabit Hilft is facing massive criticism. They prematurely confirmed the story after the volunteer had shared it on Facebook, and had to apologize later. Since then, members receive hateful messages including murder threats, and on Monday the office of the organization has been broken into. A group called “Moabit Lügt” insinuates they embezzled donation money and spreads allegations. As bogus as coming up with a fake death might be, compromising the work of the whole organization because of the failings of one person discloses a different political agenda.

Since the new head, Sebastian Muschter, took over, changes of the workflow have been implemented, reports Moabit Hilft.

What’s the government of Berlin doing?

The former townhall of Friedenau is currently prepared to become a shelter for 400 refugees, with the first people moving in end of February, reports Berliner Morgenpost.

Mayor of Tempelhof-Schöneberg borough, Angelika Schöttler (the one in favor of transforming Tempelhof airport into a mass shelter), plans an event to connect refugees with companies, to create job possibilities. Sadly, refugees are not allowed to work for the first three months in Germany, and after that only if no German or EU-citizen can take the job.

In the research for new accommodations for refugees, the city now considers renting hotels. The F.A.Z. reports secret negotiations between the senate and Grand City Hotels, who’d charge 50 Euro per bed and night at 22 locations in Berlin. Which would equal a total price of 600 Million Euros per year. Except this seeming to be incredibly expensive, the integration possibilities as well as the durability of this solution are quite questionable.

BUND, a German NGO dedicated to preserving nature and protecting the environment, criticized the senate’s method to accommodate refugees, especially that Berliners don’t have a say in the planning, despite heavy public criticism of many projects.

How can you help this week?

“One Warm Winter” is having a charity party to collect clothing for homeless and refugees – tonight from 23:00 at Prince Charles!

Fixed gear bike group SHE36 is inviting you to join their solidarity bike tour in favor of Moabit Hilft, to collect hygienic products for LaGeSo. All infos here.

The website Berlin Hilft is listing jobs aiding refugees, not only for volunteers.

A new project wants to connect volunteers and organizations, GoVolunteer is currently looking for funding, support them via Startnext.

German drug store chain “dm” starts “HerlferHerzen” together with Naturschutzbund Deutschland, Deutscher Kinderschutzbund, and Deutsche UNESCO-Kommission to award prizes to more than 1000 volunteers to support the diversity and creativity of helpers. Applications are accepted until March 13th. 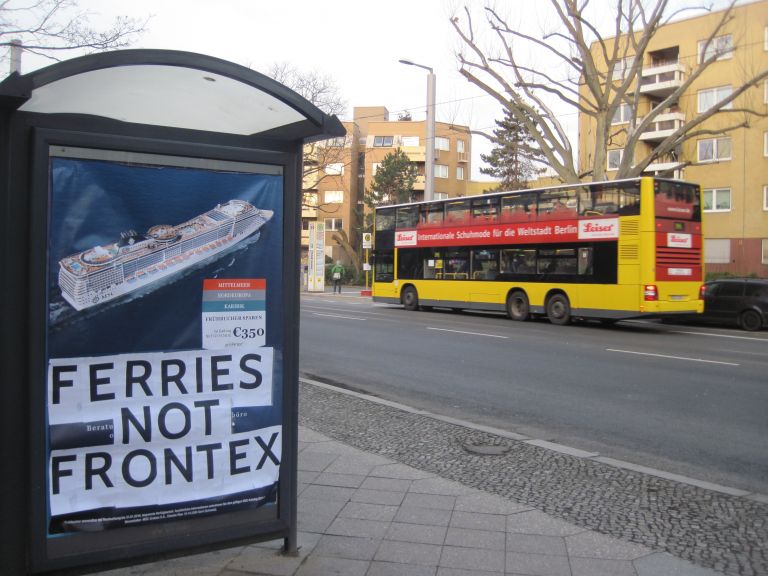 Information and links to initiatives in Berlin can be found on the websites of Flüchtlingsrat Berlin and at bürgeraktiv. Register at volunteer planner to start helping at shelters, many are urgently looking for help, either work in donation rooms or support during breakfast, lunch and dinner services. Jule Müller compiled a very helpful document answering all your questions about how to help in Berlin. Until now, it’s only available in German.

This is what happened last week.

Corona Crisis: How to Help Now

Seriously: The Best Places to Eat in Berlin Right Now